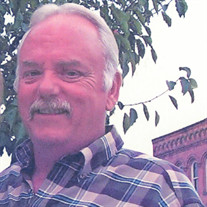 Ernest Joseph Tonga, age 74, of Flat Rock, passed away at home on Tuesday, April 6, 2021. Born on July 23, 1946 in Nankin Township, Michigan, he was the son of Bronislaus and Rita Tonga. On July 2, 1985 he married the love of his life, Lula Bell Copeland in Taylor, MI. Ernest was a long time auto enthusiast, retiring in 2005 from a career as a prototype mechanic. He was an alumni of Cherry Hill High School in Inkster, MI. He loved attending the reunions and catching up with old classmates. He was a Marine who served his country proudly during the Vietnam War. After his discharge, he was a firefighter serving his community. He enjoyed working on and racing cars with his son E.J. and spending time with his best K9 friend Seamus, step daughter Linda's Boston Terrier. Ernest was preceded in death by his loving wife, Lula Bell Tonga, his parents, his stepson Terry Oliver and his sister Shirley Middleton. He is survived by his son, Ernest J. (Susan) Tonga, Jr., stepchildren, Wayne (Julie) Oliver Jr., Lisa (Ken) Harris, Linda Oliver, 11 grandchildren, one great grandson and many nieces and nephews. Cremation has taken place. There will be a private family Memorial Service held at a later date.

The family of Ernest Joseph Tonga created this Life Tributes page to make it easy to share your memories.

Send flowers to the Tonga family.