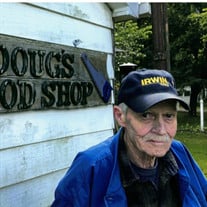 Douglas E. Boberg, age 70, of Carleton, passed away on Thursday, June 17, 2021 at ProMedica Monroe Regional Hospital. Born on June 21, 1950 in Monroe, he was the son of George and Vivian (Van Eeckhouette) Boberg. Douglas was a 1969 graduate... View Obituary & Service Information

The family of Douglas E. Boberg created this Life Tributes page to make it easy to share your memories.

Douglas E. Boberg, age 70, of Carleton, passed away on Thursday,...

Send flowers to the Boberg family.