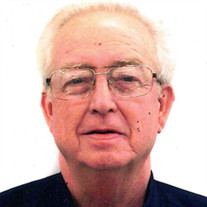 Bruce Roberts, age 81, of Newport, Michigan passed away peacefully on Friday, June 11, 2021, surrounded by loving family in the home that he built. Born on February 8, 1940, in Big Pine, North Carolina, to Gilbert and Pairlee (Davis) Roberts. Bruce made his life in Michigan, where he grew up the second of four brothers, and as an adult, became a big brother once again to a sister. Bruce was a devoted son, brother, father, grandfather, great-grandfather, uncle, and friend, and will be missed dearly by all who knew and loved him. Bruce had a story or a joke for every occasion and seemed to have a friend everywhere. His favorite stories to tell were of his beloved dogs and hunting trips through the years, managing to remember every detail of the hunt, telling each story with vivid description and humor. He loved to coon, rabbit, and squirrel hunt as much as he loved his dogs, especially beagles and hounds, and always had one by his side. He shared his love for hunting with his son and granddaughters, taking them on their first hunts, and teaching them everything they needed to know for the sport. He loved his grandchildren, great-grandchildren, and nieces and nephews dearly, and would strive to make them laugh with “dirty jokes” and tall tales, which were sometimes just believable enough to fool one or two for a short while. His stories, jokes, and laughter are sure to be recalled many times by his friends and family for years to come. Bruce could often be found enjoying a cup of coffee at his favorite donut shop, the Donut Kastle, where he made many friends throughout the years. He enjoyed driving classic cars, particularly his 1966 Mustang convertible, which was restored by his son in the 1990s. He would often take his granddaughters and nieces out for rides down back roads, creating cherished memories. Bruce worked as hard as he played and was a member of the Painters’ Association for sixty years, his entire career. Socially, Bruce was an active member of the Wayne County Coon Hunters’ Association for many of his younger years, collecting stories and making friends along the way. Bruce is survived by loving his son and daughter-in-law, Russell and Mary Roberts; granddaughters Danielle (Russ) and Brandi (Gary); great-grandchildren Brynlee and Otto; his loving daughter Tammy Roberts, granddaughter Rachel, and grandsons Christopher and Cody. Bruce is also survived by his loving sister and brother-in-law, Kimberly and Randall Ruppel, and their daughters Katelyn (Jeremy), Courtney, and Jessica (Joseph). Bruce is survived by many nieces, nephews, grandchildren and extended family to whom he was beloved. Bruce was preceded in death by his parents, daughter Sheri Roberts; brothers Earl, Jerry, and Gilmer; and former wife Mary Lou Roberts. Visitation will be held at Bobcean Funeral Home, Flat Rock Chapel on Wednesday, June 16, 2021 from 4:00 pm to 8:00 pm. Funeral Services will be held at Bobcean Funeral Home on Thursday, June 17, 2021 at 11:00 am. Pastor Amy Triebwasser will officiate the service. Burial will be in Oak Ridge Cemetery, Flat Rock, Michigan.

Bruce Roberts, age 81, of Newport, Michigan passed away peacefully on Friday, June 11, 2021, surrounded by loving family in the home that he built. Born on February 8, 1940, in Big Pine, North Carolina, to Gilbert and Pairlee (Davis) Roberts.... View Obituary & Service Information

The family of Bruce Roberts created this Life Tributes page to make it easy to share your memories.

Send flowers to the Roberts family.