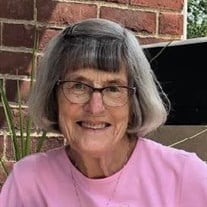 Betty Jane Flayer, of Flat Rock, peacefully passed away at home on October 29, 2020 and joined her beloved husband Edward, in heaven. Born on October 1, 1928, in Buffalo, New York, she was the daughter of Howard and Freda Keeley, and brother to Terry. She graduated from Fosdick Masten Park High School in 1946 and went on to and graduated with a teaching degree from Buffalo State Teachers College in 1950. Betty was a member of Sigma, Sigma, Sigma Sorority. Betty and Ed were college sweethearts and married on January 27, 1951, at Church of Christ Church, attended by family and friends. Sadly, Ed preceded her in death on November 17, 2010. Betty and Ed were married nearly 60 years and continued to be lifelong sweethearts, partners and best friends. After their wedding, Betty followed Ed to Michigan, first in New Boston and then to Flat Rock, where they resided permanently and raised their family. Betty and Ed are survived by four sons and one daughter, Edward (Sally) of Northville, Steven (Carol) of Swartz Creek, Joel (Heather) of Pittsburgh, Pennsylvania, Edyth Holland (Chuck) of Williamston and Jared (Susan) of Oro Valley, Arizona. They were blessed with 13 grandchildren including Bethany Courtnay (Andrew), Brendan (Michaela), Connor, Kellan, Steven, Jessica (deceased), Scott, Cameron, Garrett, Eric, Hilary, Jordan and Jessica, as well as great-grandchildren Anna, Emma, Lexington, Kensington and Lucas. Betty and Ed also had 2 nieces Lynda and Melissa, a nephew Tim and were godparents to Katie Spears and Mary Cay Bottrell. Both Betty and Ed were life-long educators, with Betty teaching second grade at Evergreen Elementary School in Flat Rock for nearly 20 years. Betty had a natural gift of patience and caring with children and her years spent teaching had an indelible impact on so many lives. In addition, they were founding members of St. Roch Church in Flat Rock and members for nearly 70 years. Together, their faith grew over the years and provided great support and comfort through difficult times. Both were active church members, as well as Eucharistic ministers, Senior Citizen Coordinators, Lectors, Catechism teachers and advisory members. Betty was also a volunteer for Meals on Wheels and was honored as Volunteer of the Month in February 2019. Since retiring in 1984, Betty and Ed stayed busy with travel, church and most importantly, their family. With an extended group of friends and many that became extended family, they both stayed active until their passing. Rarely was Betty not recognized by former students as she shopped and visited various stores within Flat Rock and surrounding areas. She will be forever missed by family, friends, and former students. Friends may visit in the Bobcean Funeral Home, Flat Rock Chapel on Thursday, November 5, 2020 from 3:00 pm to 8:00 pm. Funeral Services will be held at St. Roch Catholic Church on Saturday, November 7, 2020 at 11:00 am. She will lie instate from 10:30 am until time of service. Father Ray Lewandowski will officiate the service. Burial will be in Michigan Memorial Park Cemetery, Huron Township, Michigan.

Betty Jane Flayer, of Flat Rock, peacefully passed away at home on October 29, 2020 and joined her beloved husband Edward, in heaven. Born on October 1, 1928, in Buffalo, New York, she was the daughter of Howard and Freda Keeley, and brother... View Obituary & Service Information

The family of Betty J. Flayer created this Life Tributes page to make it easy to share your memories.

Send flowers to the Flayer family.